We regretfully inform you that our beloved Harley, originally known to MAGSR as Sadie Mae, and also known to us as Teenie Bean, Soft Stuff, and Fuzzy Pumpkin, passed away on October 16th, 2018.  Harley had metastatic cancer of the spleen, which was causing her to bleed internally due to a ruptured tumor.  The emergency vet told us that although surgery was an option, it was not advisable as it would only prolong her life for a few more weeks, which would likely have been lived in discomfort.

We adopted Harley back on October 26th of 2006.  We could tell right away that Harley was very sweet, smart, and funny.  She graduated at the top of her obedience school class, and continued to impress us with her understanding and cleverness, especially when it came to sneaking extra food when no one was looking.  She adapted well to any change we brought into her life, whether it was moving to a new house, adopting her brother Spartan, or adding human children to our family.  She was surprisingly kind and patient with our two toddlers, who alternately saw her as an enchanted stuffed animal or as a small pony that they could try to ride.

Over the years we would occasionally hear that Harley was a weird dog (half the time she thought she was a cat), but I will miss her silly quirks the most, such as her ability to climb on top of any piece of furniture in our house, the way she used to bonk things with her nose to tell us what she wanted, or how she would always arrange her toys and bones into a perfectly straight line.  While the loss of Harley causes us tremendous pain, we hope that she is happy wherever she is now, and that she knows how much we loved her and treasured her as a member of our family.  We do hope to adopt again in the future, but for now it will take us some time to grieve and to heal, as we will miss the sound of her feet, the smell of her fur, and the feeling of her nose bonking us as we go about our days. 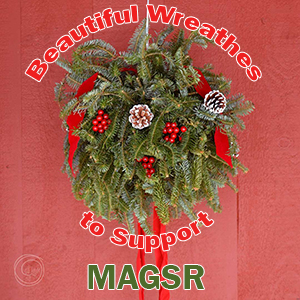